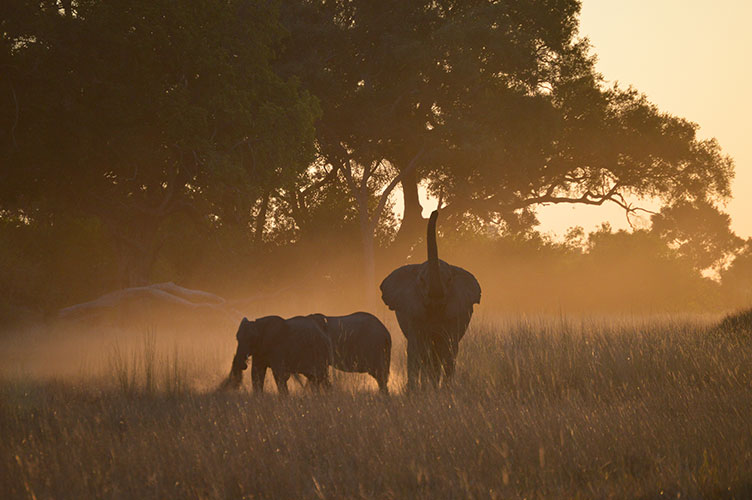 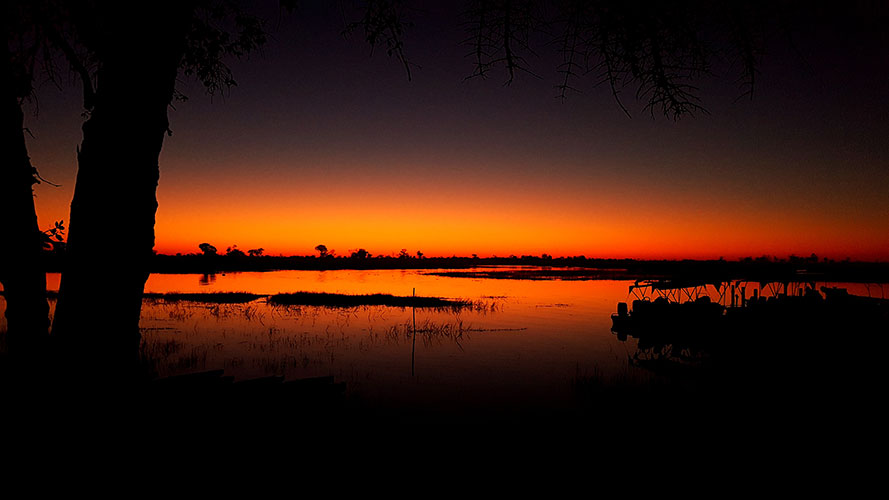 Where the river bends in deep blue swirls, the land lies ahead – wide and vast and pure and true.  The water caresses the swaying papyrus stands and inundates the blue-green sedge grass standing hushed and erect. Thick and tangled hippo grass bow to the power of the sun, and the coursing waters. Palm trees tousled by the wind rise abruptly from the flat-ness of the land. And the squat, deep green tree line merges with the soft blue sky, gazing expectantly at the willowy white wisps of clouds.

Changing hues of blue become green become blue again, in the mirror-like reflections of the water – a never-ending shift of colours.

Our boat moves ahead, slowly, hesitantly, the boatman eyeing a pod of hippo in the distance - one never knows if an irate male will suddenly emerge.

We pass scores of elegant Red lechwe crossing a sandbar, giraffe daintily munching on acacia trees, and a few elephant bulls leisurely partaking of a meal - as if they own the place. A pair of Wattled crane, confident in their regal demeanour, jab their bills with lightning speed at fish just below the water’s surface; and brilliant birdsong rings sharp and shrill, piercing the enveloping silence.

The boat picks up speed. A heady feeling rushes at us, a tingling breathlessness at the overwhelming beauty and singular perfection of it all.

Scene after dreamy scene passes by, igniting the senses and charging the imagination.  It’s almost too much to take in.

Situated in northern Botswana, the Okavango Delta is fed by waters from the Angolan Highlands. It is the largest inland delta in the world, and, depending on the annual floods from Angola, it varies in size between

15 000 and 22 000 square kilometres. A World Heritage Site, and one of the most intact ecosystems on the planet, the Okavango is incredibly rich in wildlife and birdlife, serving as a last stronghold for several endangered and threatened bird and mammal species in the region.

Earlier that day, on a game drive in this glorious wild place, I sat entranced as our vehicle stood still, surrounded by not less than 30 giraffe.

I had also sat transfixed as we watched a pair of super-sized lionesses devour a giraffe they had taken down the night before, their four eight-month-old cubs watching from a stand of tall grasses.

The next day unfolded in even greater grandeur; we sat low and squat in a mokoro (dug-out canoe), as it silently, imperceptibly slipped through the towering reeds, thick papyrus beds and tangles of hippo grass.

Every bend in the channel, every turn of the head, revealed an exquisite, brush-stroked painting – stunningly laid with colour – in this untouched, immense water wonderland.

We moved through stands of sedge grass that touched our faces and hands, then rubbed shoulders with papyrus through a channel only wide enough to fit our canoe.

A complete and perfect peacefulness enveloped us. An intimacy with Nature never before imagined; we felt part of, rather than observers of, the natural world. There was nothing that needed to be said or done. 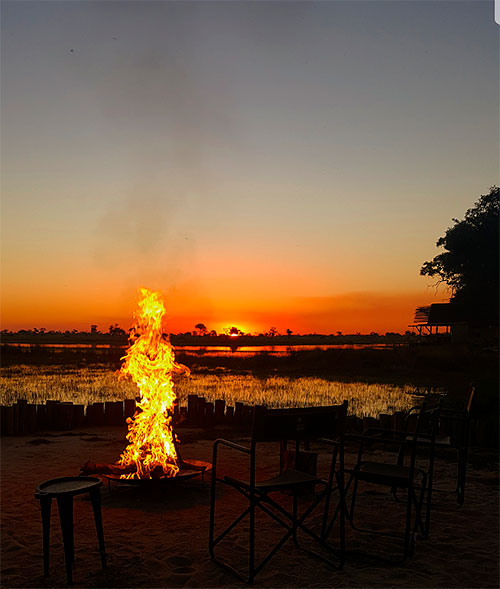 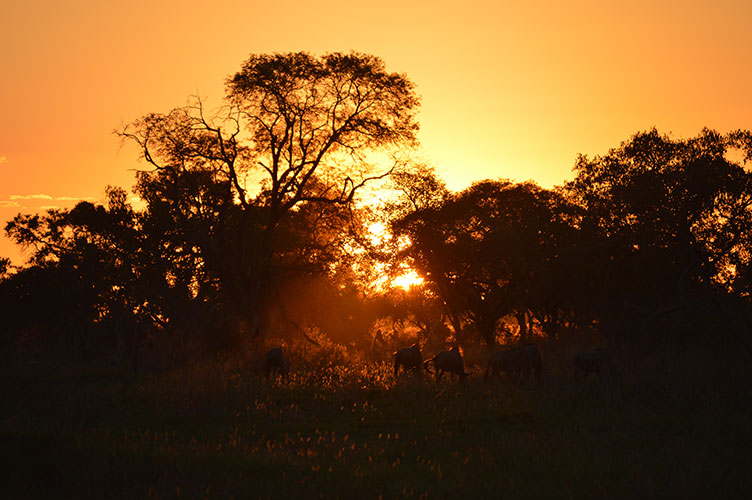 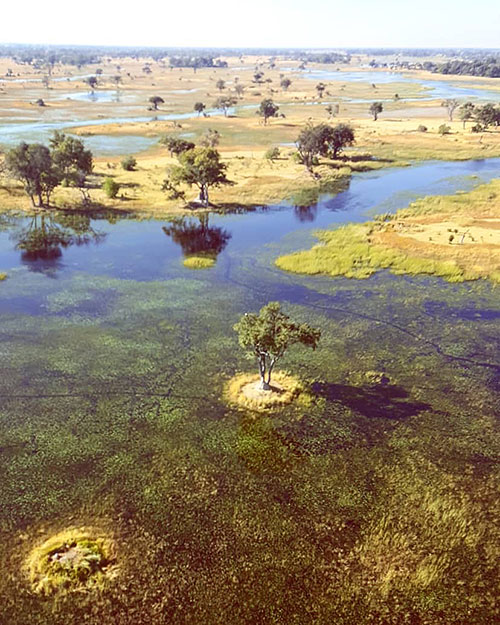 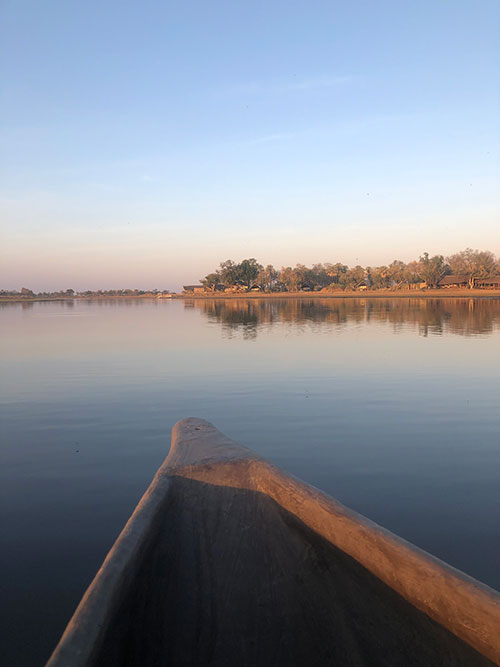