“The best remedy for those who are afraid, lonely or unhappy is to go outside, somewhere where they can be quiet, alone with the heavens, Nature and God. Because only then does one feel that all is as it should be." Anne Frank

"The happiness of the bee and the dolphin is to exist. For man it is to know that and to wonder at it." Jacques Cousteau

When living in Africa, one’s closeness to all things natural – sky, earth, water, stars, animals and plants -  becomes, for many, an integral part of life.

The great and varied natural beauty of the continent, the supremacy of the land and elements over humans, the intimacy with Nature, and the presence of wild animals are experienced on a day-to-day basis; and in time affect the heart, mind and spirit in unspoken, mysterious ways.

Add to this the open-ness, warmth, friendliness, humour, and ready acceptance of the African people, and the easy familiarity of human interactions, and life takes on a relaxed and laid-back tenor.

Once Africa is in the blood, one hankers for it when away, with a persistent and sometimes intense calling that brings one back again and again.

Begin with Egypt, the antiquity of whose complex culture defies the imagination, stretching back more than 5,000 years.  Ancient, grandiose monuments, statues, temples and ruins dot the landscape, nearly everywhere we go. There is the feeling of living in, being absorbed in, that distant past, on a daily basis, despite the mechanisations of the modern day.

We peel back the layers of history – conquerors and civilisations that have made Egypt their own - Libyans, Assyrians, Persians, Greeks, Romans, Arabs, and later the French and British.

We come to understand, in some small measure, the sophisticated and complete mastery of stone – and the country’s history told through its monuments, marvelling at the massive size of the pharaohs’ statues, as they advertise the power, glory, supremacy and invincibility of their empires, and their link to the divine gods. 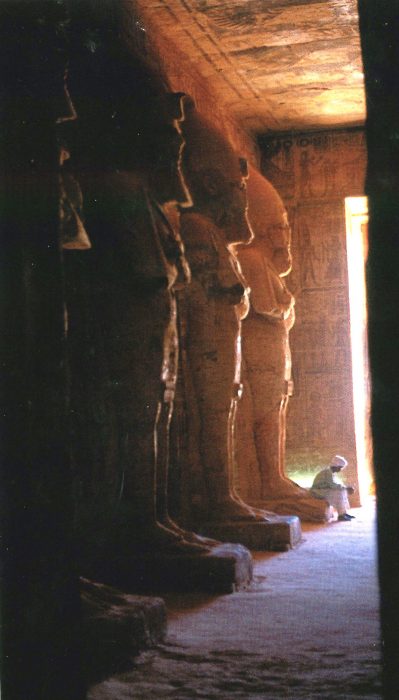 Abu Simbel: A temple attendant is dwarfed by giant statues in the Temple of the Sun God Re Harakhte. 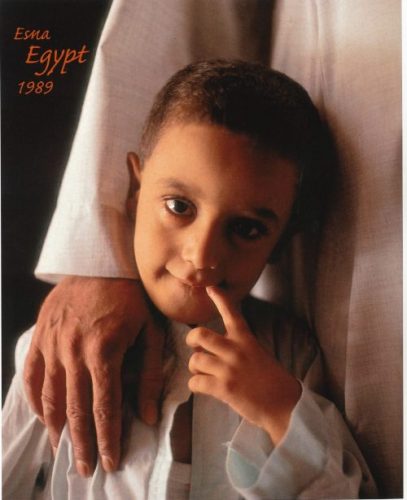 Esna: Father and son, in the shifting shadows of the Temple of Khnum.

The smell of cinnamon, cloves and other exotic spices. A gentle ocean breeze suggestive of the currents and monsoons that have transported conquerors, settlers and traders from many distant lands – the Sumerians, Phoenicians, Assyrians, Greeks, Romans, Chinese, Malaysians and Indonesians of the pre-Christian era, the Persians, Indians, Arabians, Portuguese and British of later times.

Strolling the narrow, cobbled streets of the capital Stone Town – its architecture reflecting the great fusion of cultures, and in certain pockets, hidden cellars and caves that served the heinous slave trade, for which the city was a major conduit. 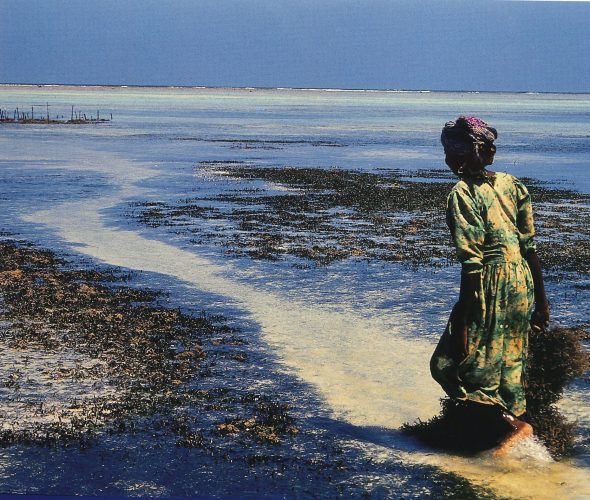 Matemwe Beach: A village woman harvests seaweed, which when dried, will be sold to a local market, later to supply buyers from the Far East.

From a tearoom atop this resplendent plateau can be gained a view – and understanding – of the vast, seemingly endless sweep of the African plains.

Through meandering footpaths of thick, verdant forests, where men dressed in torn and tattered clothes move with grace, though balancing impossibly heavy loads of firewood on their heads.

Down, up and down the grass-clad hills, gazing up at these silent sentinels of time, then to a clearing, and a village, where we are met with broad, welcoming smiles – ‘the warm heart of Africa’.

To a homestead, its softly burning fire illuminating the mud hut – and the enigmatic face of a child. 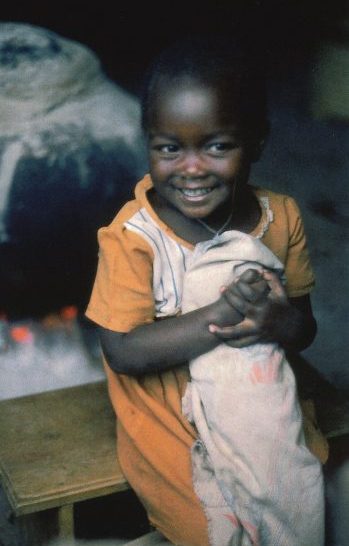 A village girl protectively clings to her home-made doll, yet inviting us to join her in private play.

Straddling the wet and misty trails that line this supremely dramatic World Heritage Site, we are dazzled with the awesome beauty and gigantic scale of Africa’s famed Victoria Falls.

The mighty, racing Zambezi River meets the deep, cracked gorge, its water crashing over the rocks with a deafening roar, sending a spray so high it can be seen more than 20 kilometres away, hence the African name ‘Mosi Oa Tunya’ – the ‘Smoke That Thunders’. 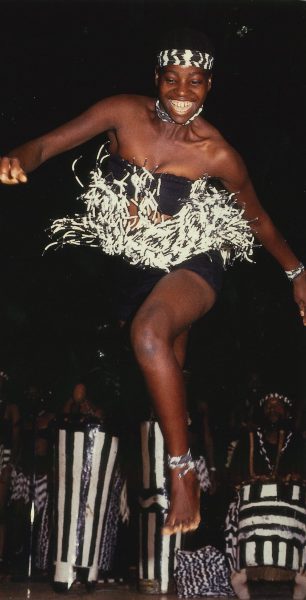 A Zimbabwean dancer in the town Victoria captures the high energy and exuberance of traditional African dance.

Sitting quietly along the magnificent Chobe River, overwhelmed with its splendour and beauty, we watch the bush come alive with animals big and small, as they go about their daily business of finding food, rearing their young and protecting territories.

Crocodiles laze on islands dotting the river’s course. Hippos comically grunt, as they re-position themselves in the cooling waters. A water Monitor lizard slips secretively into the shallows.

Thousands of swallows dart and swoop, catching insects on the fly. Carmine bee-eaters flit from bush to nests, carved in the river’s sand bank.  An African Fish eagle pierces the silence, followed by the Spur-winged geese as they wing their way across a rainbow-coloured sky.

Suddenly there is a thunderous clap as several herds of elephants hit the water, all at once, eager to slake their thirst – a spectacle never to be forgotten. 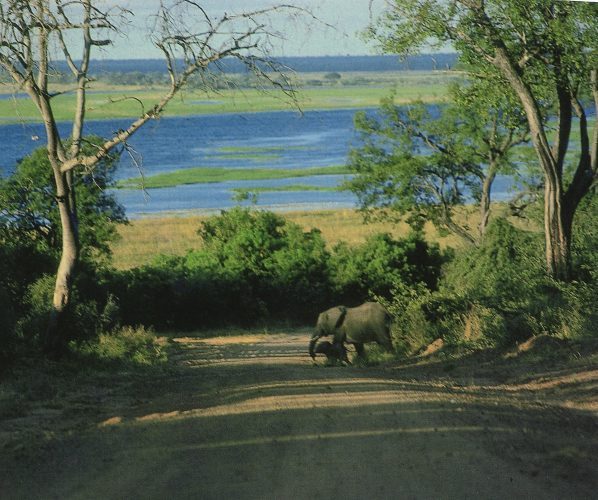 A mother elephant tenderly helps her baby across the road, as they make their way to the Chobe River to drink.

Travelling through the ‘bantustans’ of apartheid South Africa – farcical, mock ‘countries’ that are in reality puppet regimes named after their residents’ tribal descent, you could enter, depart and re-enter the ‘bantustan’ Bophuthatswana in a fifteen-minute drive.

Living in Botswana during the heyday of the apartheid regime – where Botswana walked a tightrope between supporting the liberation struggle and serving as safe haven for its opponents, yet refusing to serve as springboard for guerrilla warfare – one was inextricably tied to political and social events in the country, including the oppressive regime’s downfall. 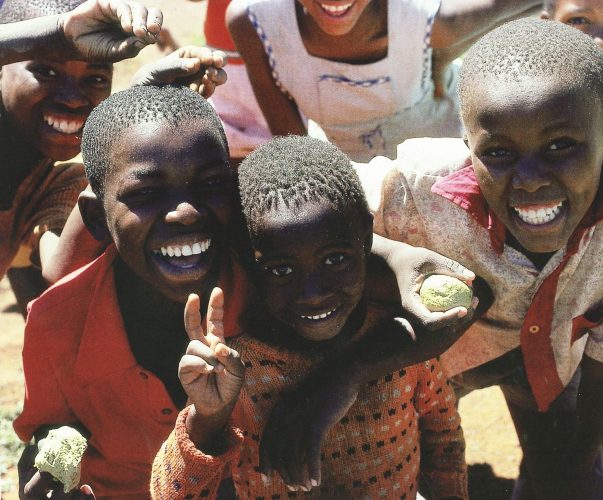 The children of apartheid express their hope for peace in the world.

Rough, deserted Atlantic Ocean beaches, hot, dirty markets made unbearable by the stench of fresh and drying fish, and an absolutely terrifying, death-defying ride through its dense tropical forest, comprise the memories of the West African country of Cameroon.

Then onto the highlands at last, where we are met with gently rolling hills covered in lush vegetation, quaint, European-style cottages, a cool and wet clime, and easy walking trails. 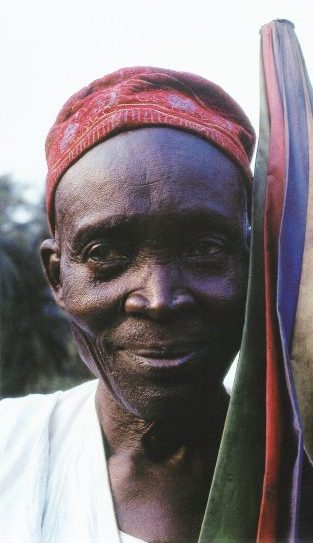 On a leisurely afternoon stroll, a gentleman in tribal dress graciously and ceremoniously stops to greet us.