“Excuse me, Sir. Can you please tell me when the statue is scheduled to come down?” I hesitantly asked the portly, red-faced, friendly policeman.

“About 1am yesterday morning,” he responded, with a big belly laugh.

I laughed too at the preposterous notion.

I had come to see the statue of John C. Calhoun be taken down from its high perch in the Marion Square Park in downtown Charleston.

Calhoun, after which a main street in the city is also named, was a prominent South Carolina politician, slave-owner, businessman, secessionist and staunch defender of the slavery plantation system (maintaining that slavery was a “positive good” that benefitted both slaves and owners) – as well as the seventh vice-president of the United States.

The waist-high pouch of the skip-hire – seemingly frozen in the sky – held two workmen who could not figure out how to get the dang thing down, according to the police officer.

A few score of onlookers – both white and black, of all ages and backgrounds – looked on, sweating in the damp heat, with cameras ready to capture the moment. 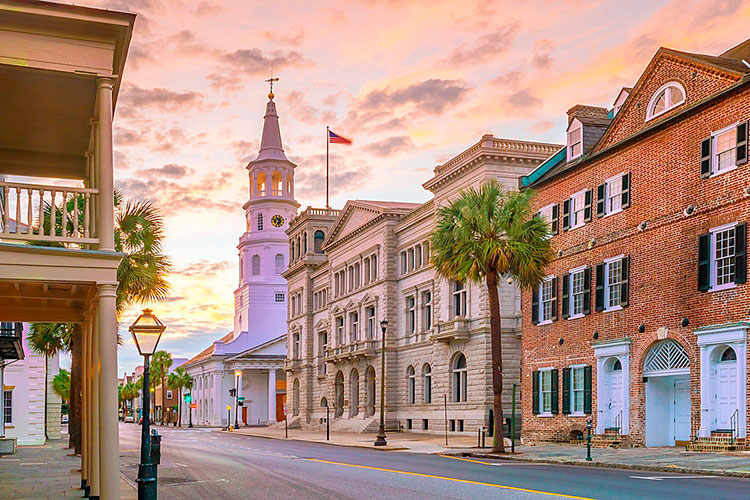 The event was one climax to a week of demonstrations and riots in downtown Charleston, following the murder in cold blood of George Floyd by a Minneapolis policeman. The shocking, chilling phone audio-video of an officer of the law driving his knee into the neck of a pinned down black man as he gasped ‘I can’t breathe’ had been snapped by an onlooker and had travelled the world in seconds.

Under the banner of ‘Black Lives Matter’, Americans again took to the streets to protest police discrimination and brutality, and the systemic racism that held Black-Americans down.

Most of the scores of demonstrations around the country were peaceful, but some turned violent, with, for example, armed racist vigilantes or Ku Klux Klan members infiltrating the marches and turning them ugly.

Charleston shop-owners, already battered by a two-month city lockdown due to the covid pandemic, had watched with dismay as rioters broke storefront windows, looted their goods, and in some cases attacked shop staff. Gunshot was heard, and a few buildings were set on fire. All this under the watchful eyes of the Charleston police force, who made no attempt to stop the debacle. 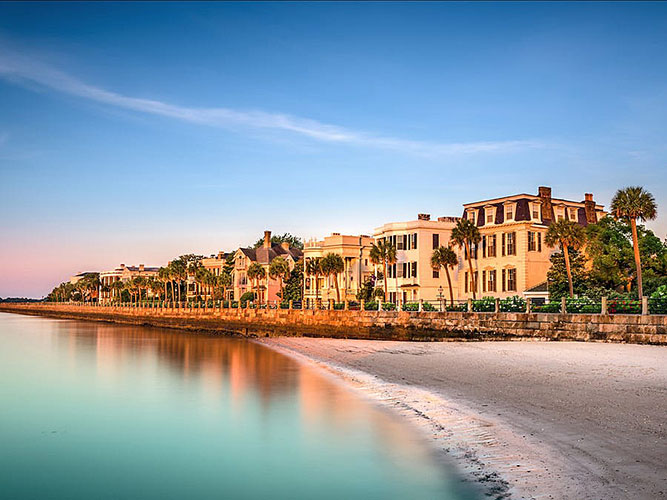 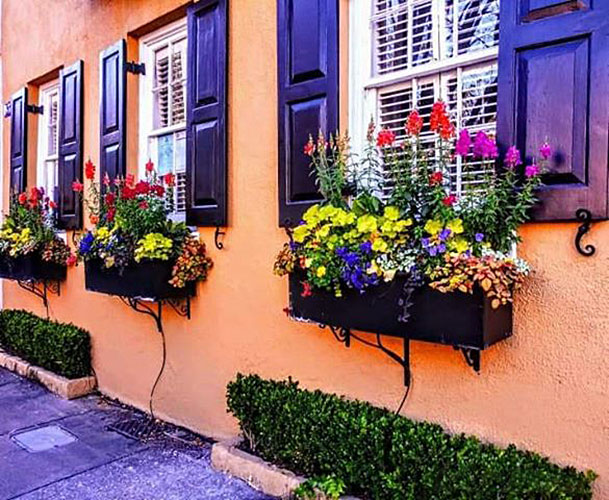 The next day, the once bustling King Street, a popular eating, entertainment and shopping spot, was mired in broken glass and bricks, as community members came out in force to clean up the mess.

Soon thereafter, shopfronts were boarded up, with many spray-painted with messages such as ‘I support Black Lives Matter’ or ‘BLM forever’, perhaps to avert future attacks.

Such scenes had been repeated perhaps hundreds of times since the American civil rights movement of the 1960s; and now the demonstrations had spread to many countries around the world. Some shook their heads and muttered that America would never come to terms with the racism that crippled and poisoned its society. Others maintained that Floyd’s death was a tipping point in which America would turn a page and begin to work towards meaningful change.

For the second time in this most tumultuous of years – the unforgettable 2020 – when people nearly everywhere on the globe had been mentally, physically, economically and spiritually thrashed by the  pandemic, many found themselves bewildered, angered, beaten down by forces out of their control.

I had come to Charleston, South Carolina, in March 2020 for an intended month-long family visit from my adopted home in Chiang Mai, Thailand. Shortly after my arrival, the corona virus pandemic began to rage globally; and I found myself unable to leave the United States amid lockdowns and international travel bans.

Six months later and that is still the case.

Born and raised in the United States – a baby boomer – I had left the country in the mid-1970s, in my mid-20s, to live and work abroad, first in Switzerland, then in Africa, and later in Asia. Stranded and strangled by the covid situation, I realised that this was the longest period of time I had spent in the United States in over 40 years. As was the case for many, it seemed this was indeed a time to reflect.

What did I now see and perceive, what could I understand, of my country of birth, after all these years away? What were the changes, trends, directions?

Standing in the middle of this heinous tragedy of the young George Floyd, and the ensuing demonstrations and riots – still going on as I write this missive, the unspeakable atrocities of slavery seemed still to weigh heavily on Black-Americans, and indeed the nation. The wounds and scars of several hundred years ago coursed so deeply, were so inexorably part of the collective consciousness, that often it seemed they ran just below the surface of everyday life. 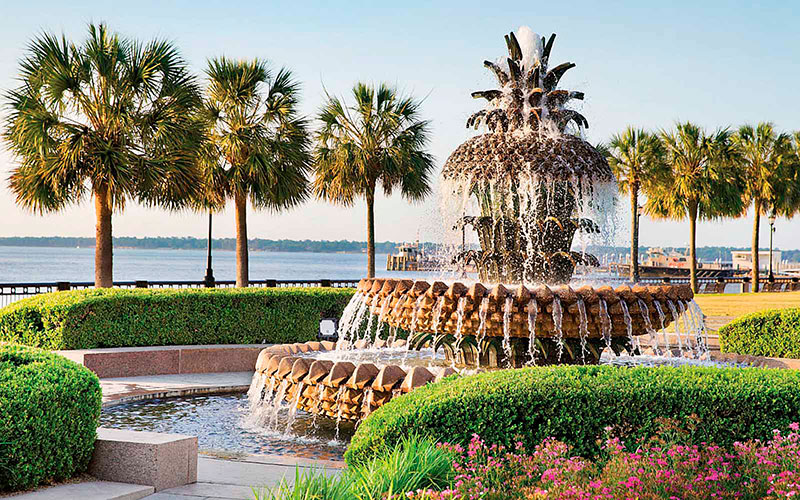 ‘A nation divided’ were the conclusions pronounced in many opinion columns; and yes, it seemed the economic, social and emotional barriers of racism, not only towards Black-Americans but towards all minority groups that comprised this huge tapestry of humanity, were still very much a part of the American scene.  The current President Donald J. Trump had of course fanned and enflamed this fear and abhorrence of ‘the other’, exacerbating these divisions, flouting his authority and bringing disrespect and derision on the international stage to the American presidency.

And yet, if I compared American society now to when I had departed the country over 40 years ago, it was undeniable that progress had been made. Through the looking glass of TV programming in the ensuing months of lock down, I saw Black-American TV presenters, journalists, local governors, mayors and other leaders, Congressmen/women, health experts, medical professionals, university academics, writers, researchers, performers, and many, many more, now assuming respected places in society. It appeared - and indeed has been corroborated by respected research reports - that a considerable proportion of the African-American population (some reports say approximately 40 per cent) is now part of the middle class, owning their own homes and cars and living in suburbia. I watched as an ever-optimistic former American President Barack Obama, the nation’s first Black-American president to be elected - – not once, but twice - lead a virtual town hall meeting to discuss the recent demonstrations, his upbeat, positive and almost fatherly demeanour maintaining Carpe Diem, seize this opportunity to create real change.

It was certain that change for the better had taken place, albeit not enough; much more needed to be done.

What other changes did I see after all those years away?

As I tried to navigate unfamiliar ways to do things, it seemed the American way of life had been nearly over-run by the internet and technology, so that even the simplest task, or the simplest information, needed to be accomplished or obtained through a complex labyrinth of websites, for nearly everything. It was often difficult, in some cases impossible, to actually speak to a real human being to have a simple question answered; and hours could be spent ‘trying to get through’ the many recordings and ‘press pound or hashtag’ instructions before effecting the task at hand.

A society of ‘virtual’ had evolved, made even more necessary through the pandemic. Virtual medical exams, lectures, religious meetings, etc. were all experienced on the internet. Even before the lock-downs, many Americans chose to shop online, threatening the closure of big name department stores and malls. And now hotel or Airbnb bookings had to be booked and pre-paid online, with a ‘virtual’ tour of the facility (addresses not given) having to suffice in order for the customer to decide if this was indeed a suitable place to stay. 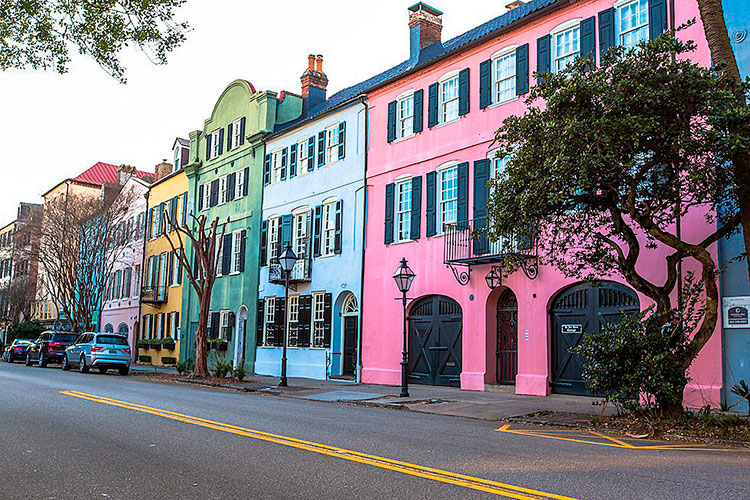 In many ways, people seemed hostage to such systems where their rights as consumers had been diminished, human interaction was minimised or brought to near zero, and where at times a feeling of powerlessness overwhelmed.

Totally un-nerving. Everything, everywhere seemed connected, and by unseen, un-nameable forces, again giving rise to that pervasive feeling of powerlessness.

Food, beauty products, cleansing products and homeowners’ items reigned supreme in the advertising world.  And the never-ending TV and internet adverts plying medications for every imaginable ailment seemed to speak to widespread, deep-seated fears of illness, old age and death.

Another kind of epidemic had swept the nation, too - that of ‘opioids’  These highly addictive drugs were being widely prescribed, adding to the existing national problems of drug and alcohol abuse.

The preponderance of gun violence, and the lack of political will to curtail the purchase of firearms – and the enormous power of the National Rifle Association – brought regular mass shootings – often fueled by racist beliefs – which created for many an unsafe, insecure environment where people feared for their lives.

Plastic money had largely replaced cash; and many Americans had a fanned pile of credit cards in their wallets. Buying on credit was common, as was individual or family debt where everything from cars to furniture to clothing to food, and of course houses, were purchased on credit or with loans, with families struggling to make a string of monthly payments.

For many, job security was a thing of the past, as were company or institutional pensions; and even the best of work situations came with the underlying fear that dismissal could come at any time. The pandemic had exacerbated this situation, with millions of Americans having been laid off or sacked, facing an uncertain economic future.

The cost of living, particularly the cost of accommodation, had soared, forcing many young people – some unable to find work – to live with their parents. The cost of health care was astronomical.

Many families needed two incomes to pay the bills and survive, where both husband and wife had to work full-time, thus placing enormous constraints on their time and engendering highly pressured living, whilst minimising parental supervision and guidance of their children and robbing them of quality time together. This then could lead to emotional and behavioural problems in children, who spent much of their day and evening without their parents at home.

In short, it seemed that life for many Americans had become tougher, less secure, more stressful, more fearful, more expensive, more complex, dominated in some cases by forces over which they had little or no control.

Some would berate such a way of life, complaining that the country ‘had gone down’. Many would hold the belief that America was ‘the greatest country in the world’, and the American way was the best. Still others would stand somewhere in between.

Sitting in one of Charleston’s many pretty parks, taking in the city’s picturesque streets and beautiful colonial architecture, this is my view 40 years on –skewed of course, sketchy of course, incomplete, of course, and some would probably say inaccurate.

On a day-to-day basis, life goes on as usual, but with these underlying conditions, situations, trends prevailing. To a certain degree and in certain places, these are global trends that are now occurring, or may in the future occur, in other parts of the world. For the inter-connectedness and linkages, the inter-dependencies of countries around the world are stronger now more than ever.

Posted in THE VIEW FROM HERE.